Top: click the images to see them full size.

View of the project
A view of the RPG Maker with an opened map. This is the Echo Mountains area, the first overmap in the game. The black marks are enemies moving about the map randomly. 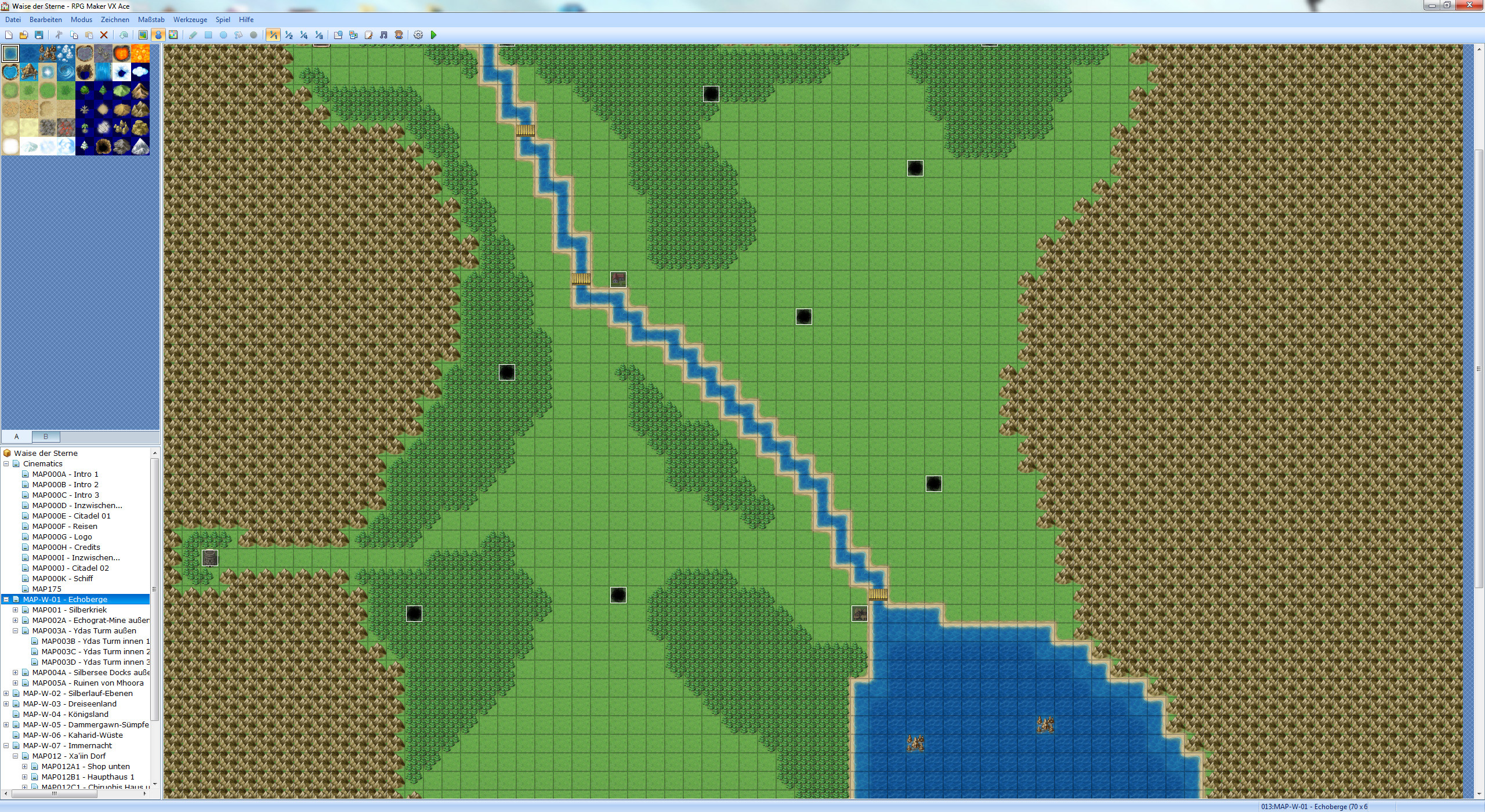 NPC
Like most similar engines, the RPG Maker works with events. NPCs (Non Player Characters) are events as well. This is the event for Yda, when Nara meets her for the first time. 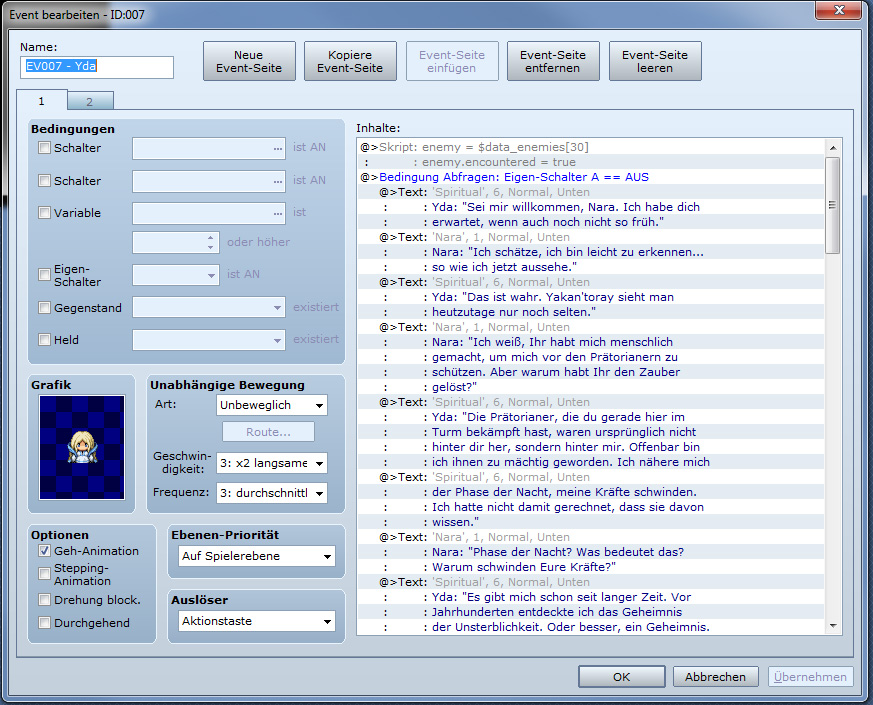 Scripting
The RPG Maker VX Ace includes RGSS3, a dialect of the scripting language Ruby, which allows to extend the engine's functionality at will. The script shown here was created by me to display books with text. 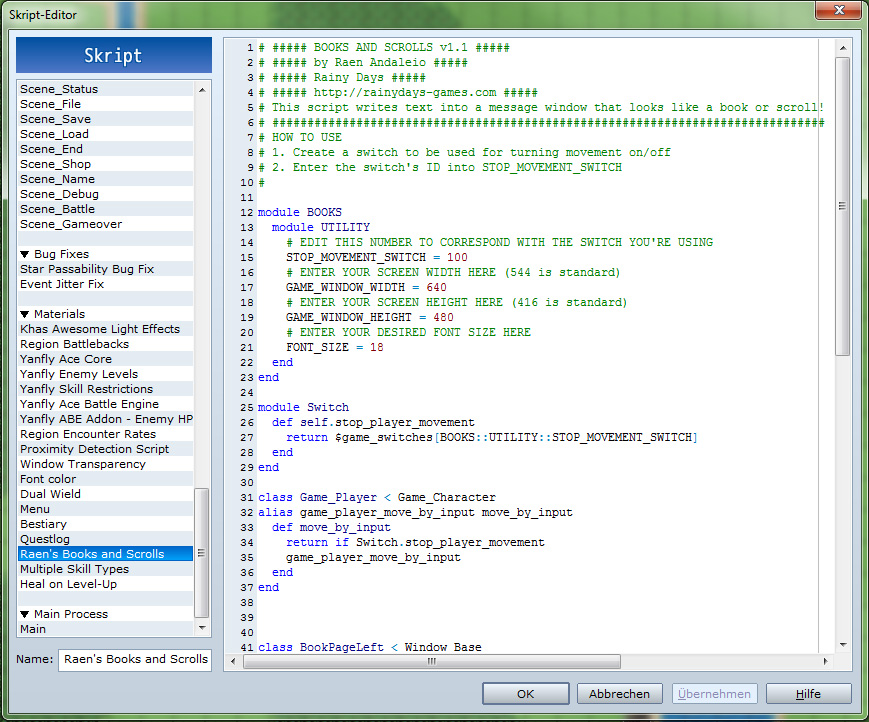 Silver Creek
Nara, the protagonist of the story, in her home village of Silver Creek. This is where the adventure begins. 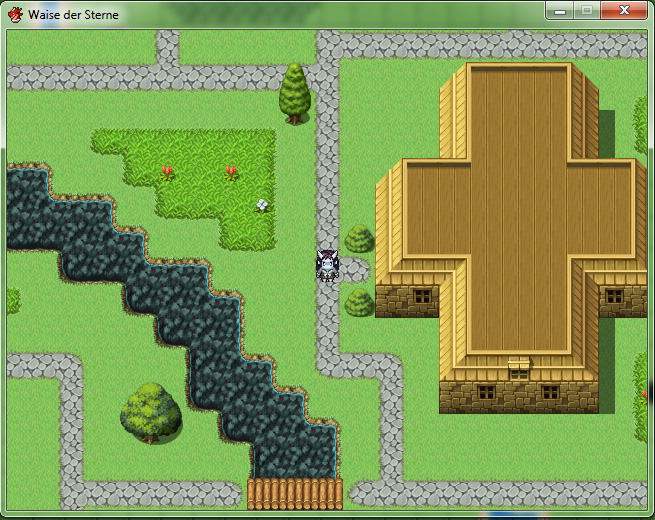 Battle
A fight against two hornets with the Yanfly Battle Engine which replaces the RPG Maker's standard combat system. Look and handling are pretty much the same, but it allows for more options, such as displaying enemy lifebars.

A book
I'm quite proud of the script to display books. Most of them actually have readable text.
Originally I wanted to make every book and every bookshelf useable. This is the case, but not every book is unique. That would have been hundreds. 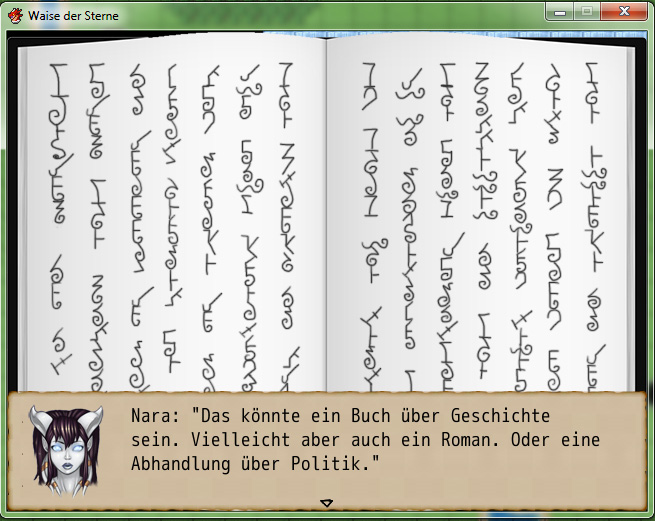 Enemy designs
Most graphics for enemies used in the game either come with the engine or were created by other people and made available online. However, a few of them I created myself. Here are four of them. From top left to bottom right: Guardian of Fire, Shadow Stag, Robar, Were Hare. 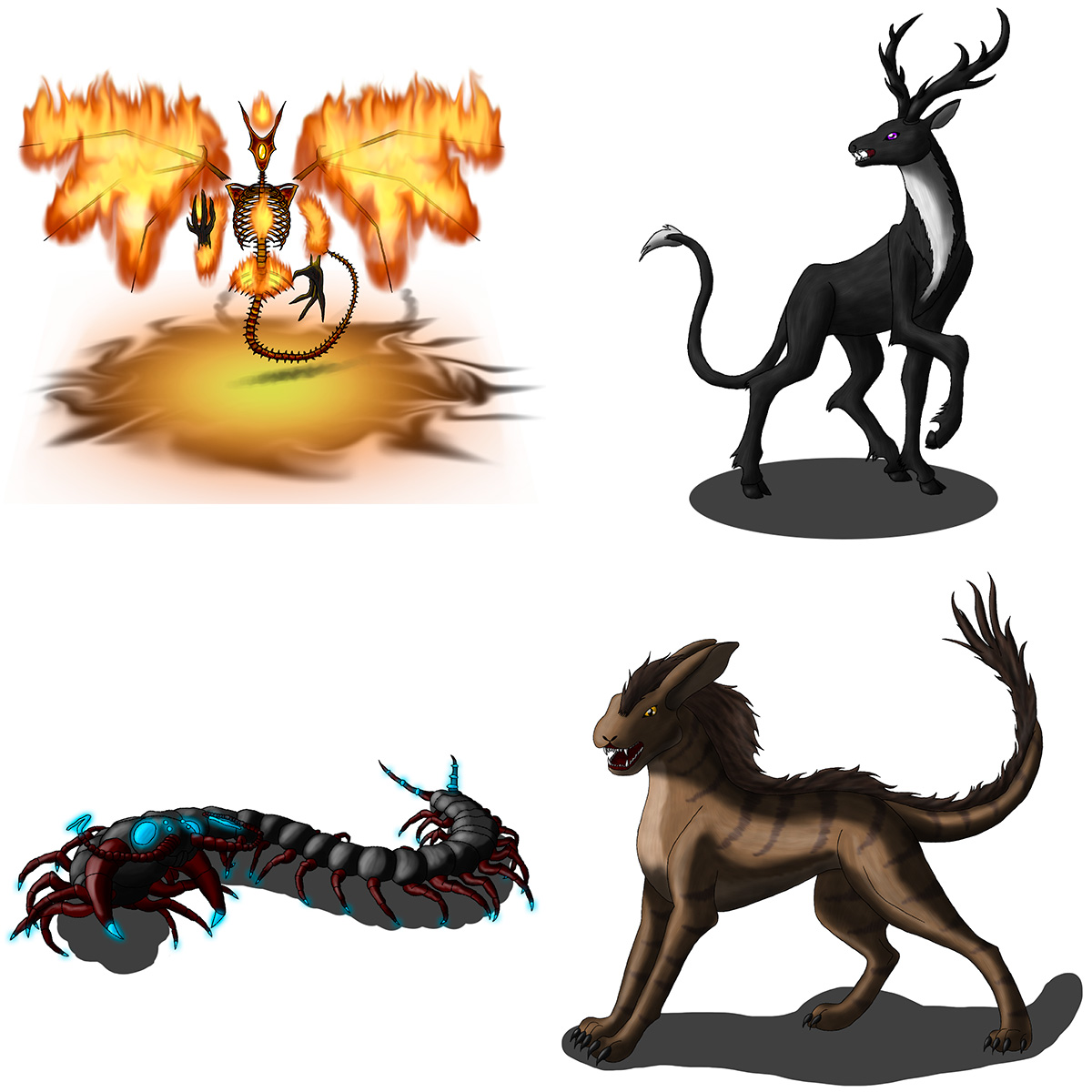