Tip: Click the thumbnails to view the images in full size.

The Antenir
The Antenir (named after the Ellendilian term "antenandra", meaning "those who were before us") were the original inhabitants of Anventira. Today, only a few ruins lay witness to their former domain. Since nobody can read their writing and language, only little is known about their culture today. It is also unclear what happened to them. 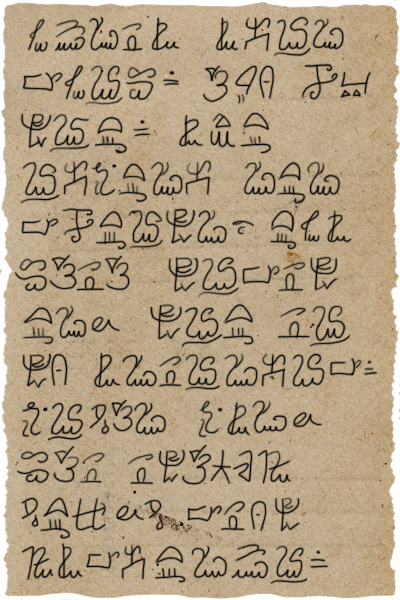 Aventira
Aventira is the Ellendilian word for "a new beginning". It is the name the Odamanian refugees gave their new home, as well as the land where our story takes place. Aventira is located at the east coast of the Vyrian continent.

Dragons
The dragons are an ancient and powerful civilization which had inhabited Mirt a long time ago. Today, encounters with dragons are extremely rare. It is unclear where they went.
The dragons were the mentors of the humans and taught them to use fire and magic. Because of this, they were worshipped as divine beings until the faith of Ethrandin replaced the old religions.

Drakuman
The Drakuman are the result of an attempt to combine dragon blood and human blood using magic. Such experiments were condemned by humans and dragons alike, but some organizations tried anyway. The result were humans with dragon features, such as scales partially covering their bodies, claws, and tails. They often possessed a strong affinity to magic. Drakuman are rarely seen, especially on Aventira, where the praetorians hunt them. They hardly leave their sanctuaries these days.

Echo Mountains
The Echo Mountains are a vast mountain range, separating Aventira and Lavendar. They are scarcely populated, one can find primarily trading posts and mining settlements here.

Ellendil
Ellendil is a country in the central area of the Grandian continent, comprising mostly high mountains and dense forests. The Ellendilian culture is characterized by spirituality and the search for wisdom. Ellendilia, as the language and script of the Ellendilians are called, is considered elegant and civilized. That, and the general image of the Ellendilia people, is the reason why it was established as language of the aristocrats and scholars. 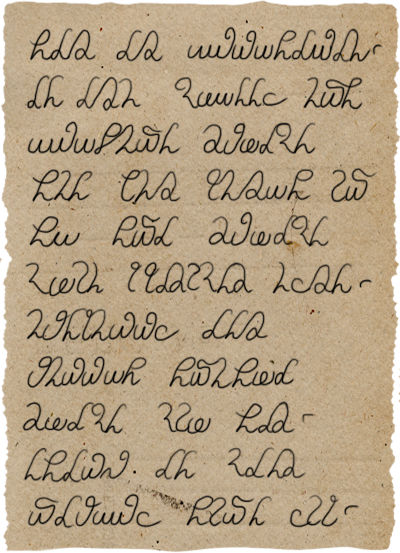 Ethrandin
"Ethran din" is Ellendilian and means "the good father". It is the name of a deity worshipped by the people of Aventira. The original faith of Odamania revolved around several deities, but was replaced by Ethrandin after they arrived.
It is not entirely clear how the faith actually came to be. According to legend, Ethrandin appeared a priest in a dream one night in the shape of a man clothed in light. The priest then wrote the first Book of Ethrandin within thirdy nights while dreaming and Ethrandin guiding his sleeping hand.
Churches of Ethrandin can be found virtually everywhere in these days. Ethrandian monks also settled in some areas, leading an altruistic lifestyle. Ethrandin's teachings contain gaining contentment from simple things. Luxury, wealth and power are frowned upon, the belief one could get contentment from them is an illusion. 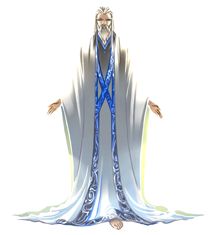 Cult of the Kraken
The first reports about this cult go all the way back to when Aventira was first settled. Its exact origin is unknown. Members of the cult worship an idol called the "Kraken". Descriptions are vague, but it appears to be a huge sea creature with a black body and countless tentacles. Cultists are obligued to blood sacrifices on a regular basis to satisfy the Kraken. They wear an amulet with a false gem which contains a poison capsule. They swallow the capsule to commit suicide should they be captured. Because of the cult's cruel practices, it was soon declared illegal. Eventually the royal guard hunted down the members and eventually eradicated the cult.

Lavendar
To the west of Aventira is the mysterious land Lavendar, whose landscape is characterized by volcanoes, hot springs and thick fern forests. The inhabitants of this land are organized in wild tribes worshipping the strengths of various animals, such as the bear or the wolf. They are excellent hunters and warriors, favouring claw weapons and bows. There is little contact with them these days. 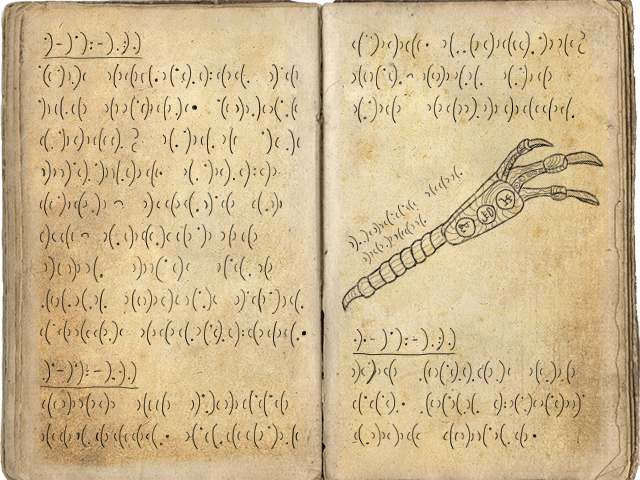 Mirt
Mirt is the world on which Orphan of the Stars is taking place. It is similar to Earth but there are some differences. Mirt's geography is different and there are minerals not found on Earth, such as pyridium.
Known indigenous civilizations:
Humans
Glashan
Dragons (formerly)

Odamania
Odamania was a young, scarcely inhabited kingdom in the southwest of the Grandian continent. Exactly 495 years ago, Mount Dramus, a huge volcano in the Dramus Mountains, errupted. This mountain range separated Odamania from its neighbouring country, Fresmia. The erruption caused strong earthquakes, large parts of Aventira sank and were flooded. Most inhabitants escaped, some made it to the neighbouring countries, but others believed that not only Odamania, but the entire Grandian continent would eventually sink into the sea. Thus they set sail and, after a journey of several weeks, reached the shores of an unknown continent. They called this new land Aventira, after the Ellendilian word für "a new beginning". Today, they call Odamania the Sunken World.

The Praetorians
The founder of the order of the praetorians believed that too much knowledge and power are a threat to humanity. Over time, they grew stronger and gained political influence. Today, they are specially trained warriors and mages who collect artifacts and hunt individuals considered dangerous. This includes non-human beings with a large magic potential. Even though they do not answer to the king and are not members of the Aventirian army, they can command Aventirian soldiers and receive the same authority as generals. 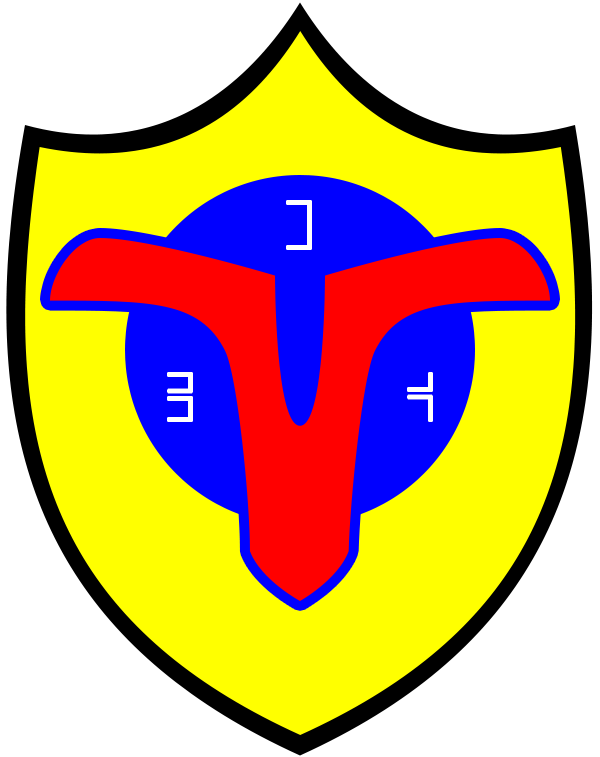 Yakan'toray
The Children of the Stars, or Starborn, are a non-human civilization that left Mirt a long time ago. They use highly sophisticated magic and technology, allowing them to shape a world plane of their own where they live today. They are exceptionally proud beings, valuing mental and phyiscal discipline above all else. Yakan'toray can easily be identified - they have blue skin, horns, hooves and blue glowing eyes. Although Starborn are generally peaceful, they lead a crusade against their dissimilar cousins, the Yakhul'yrum. The praetorians hunt all Yakan'toray who visit their world, as they consider them a threat. They also try to unveil the secret of the magitechnology used by the Children of the Stars. 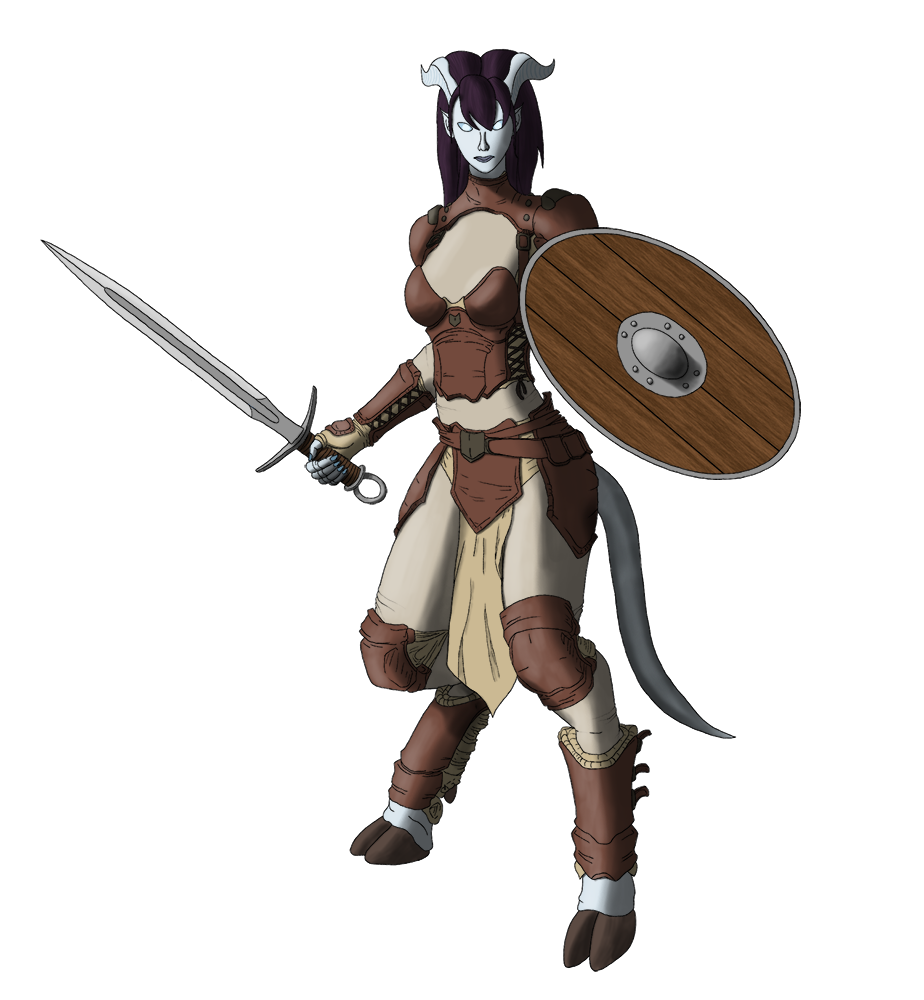 Yakhul'yrum
Nightborn, or Children of the Night, are impulsive, passionate beings who are related to the Yakan'toray. Like their dissimilar cousins, they split from a mutual ancestral civilization. While the Children of the Stars value discipline and light the most, the Children of the Night embrace the darkness and live out their drives. They value strength and knowledge above all else. Although the Yakan'toray see them as savage and dangerous, Nightborn actually consider honor as extremely important. Their lifestyle differs strongly from that of the Starborn, which is why they evolved into a completely different direction. Starborn usually have no horns, but jet black skin and red eyes. They, too, are hunted by the praetorians who consider them dangerous dark mages. 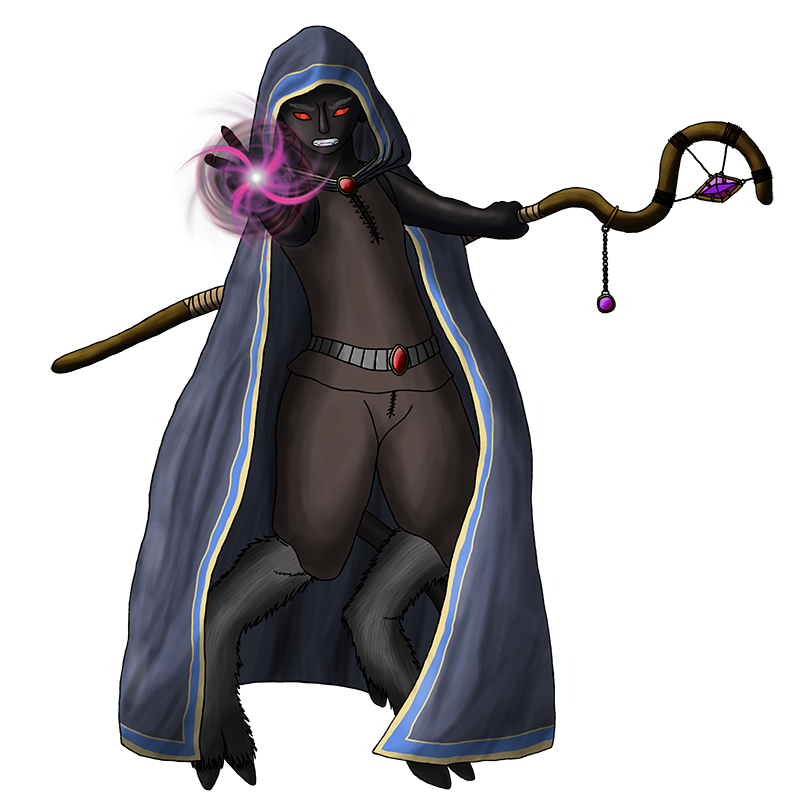